Skype for Business
Has a built-in meeting recording function, perfect for capturing remote user interviews. Note: if you have regular Skype (or any other free video meeting apps, like Google Hangouts), plugin apps like Callnote can give you the same functionality).

GoToMeeting
A premium video meeting app, with recording capability – starts at £12 per month

Silverback
Great lo-fi and cost-effective option for Mac users, SilverBack describes itself as the ‘no nonsense usability testing app’. It’s basically a specialist screen recording software set up to run and manage your user testing sessions. A basic version (with watermark) is free. To remove watermark, the full version costs $29.

User Testing
One of a few ‘all-singing, all-dancing’ UX research platforms, including a suite of tools such as remote video user testing, surveys, and a video chat solution (Live Conversation). Mostly geared up for bespoke enterprise solutions, a basic ‘Individual’ plan allows up to 15 user sessions a year, at $49 a pop.

User Brain
Great option for testing your site with first-time users. Simply sign up, enter in your website details, and start receiving weekly videos of general public participants testing your site. User Brain takes care of the participant recruitment and compensation. For $69 a month you receive one video per week, with higher tier plans available for more videos.

Typeform
Self-described as ‘the beautiful and conversational survey tool’, Typeform stands apart from bog-standard form surveys. Its versatility and ability to simulate organic conversation, lends itself to many contexts (including user research surveys/feedback). A basic free version is available, with option to upgrade for more fancy-schmancy features.

Survey Monkey
One of the most widely used of the wider, ‘traditional’ online survey tools. Plans also start with a basic free version.

Google forms
Lo-fi option, if you’re on a budget. Does the basics (designing surveys and collecting data) well.

Usabilla
Allows you to subtly integrate well-designed user feedback mechanisms right into your web pages, apps, and even emails. With Usabilla, you can easily set up in-page sentiment polls and feedback buttons, allowing you to quantify and benchmark user satisfaction. Another cool feature is a visual user feedback tool, allowing users to highlight and annotate particular aspects of your page — ideal for getting specific direction on exactly what needs to change.

Qualaroo
A real-time feedback tool, similar in nature to Usabilla. However, if ‘going deep’ on audience analysis is your thing, Qualaroo’s advanced targeting package allows you to segment and intelligently present customised feedback tools, based on the context of where the user has come from, or even based on previous feedback provided.

Hotjar (feedback polls, incoming feedback and surveys)
Hotjar is like the Swiss Army knife of UX research platforms: it delivers on many of the basic tools you need to get closer to your users, at an unbeatable price point. Hotjar’s feedback polls, incoming feedback and survey functions allow you to quickly benchmark user sentiment and satisfaction, receive visual in-page feedback and suggestions, and set up form surveys. And it also includes some other useful features, too (more on that later). A limited version of the tool is completely free, with paid plans starting at just €29 per month.

For user participation in ideation and design: concept testing and card sorting tools

5 second test (Usability Hub)
A quick and easy way to validate designs, through the good ol’ fashioned tactic of a memory test. It couldn’t be simpler: a user is presented with your uploaded design for precisely 5 seconds. Once the design disappears, the user is asked a series of recall questions, of your choosing — based on the most crucial content and design elements of the page.

Hotjar
As well as offering all of the previously mentioned user feedback features, Hotjar also has some clever analytics tools in its locker. First, you’ve got a nifty heatmap tool, allowing you to visualise exactly where users are clicking, moving, and scrolling down your page. On top of that, Hotjar offers visitor recordings — yep, actual recordings of real users moving around your site (which is kind of weird initially, but you get used to it). And… then there’s its conversion funnel analytics, where you can identify at which exact stage of a journey your users are dropping off. When you consider all of this is offered from $29 per month (or free, for a limited version), Hotjar represents a pretty sweet deal for the budget-minded.

Crazy Egg
In a similar vein to Hotjar, Crazy Egg offers a suite of heatmap, user feedback, and visitor recording functions, at a similarly competitive price bracket (paid plains starting at $29 per month). In addition, Crazy Egg includes a basic A/B testing tool, providing a super-simple way to set up conversion/UX tests, in order to know where and how to make further improvements to your site.

Pendo
Describing itself as a ‘product experience’ platform, Pendo offers a range of features for benchmarking UX performance, including advanced analytics and user feedback tools — plus, its personalised guidance tool is a great way to embed contextual help and onboarding instructions on your live product or service. Pendo is absolutely free for up to 100 monthly active users – custom paid plans, available upon request.

Optimizely
One of the most popular multi-functional web testing and experimentation tools on the market, allowing you to set up and collect analytics on advanced A/B or multi-page experiments. Tools like Optimizely allow you to quickly test and validate hypotheses, and get the insights you need to continuously improve your user experience. Bespoke pricing available upon request.

Visual Website Optimizer
Similar kind of deal as Optimizely – A/B testing and conversion optimisation is the name of the game with VWO. Their two core products are based on those two things, with the testing tool starting out at $49 per month, and their complete optimisation platform offered from $299 per month.

Google Analytics
Often overlooked as a UX research tool per se, GA is actually pretty key to providing you with the insights you need to monitor and measure UX performance. The ‘HEART’ framework is one of the most useful blueprints for setting up and reporting meaningful UX metrics with GA. The acronym stands for: Happiness, Engagement, Adoption, Retention, and Task Success, and you can read more about it here. 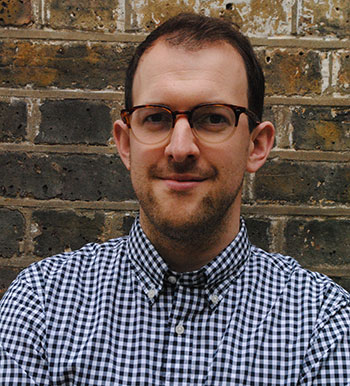 Joseph supports organisations to achieve their business goals and serve customer needs — by publishing clear, purposeful, and value-adding content, through: